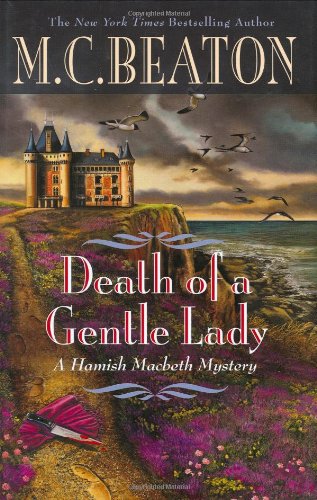 Death of a Gentle Lady

Full of the author’s trademark zest and wit, bestseller Beaton’s 23rd Hamish Macbeth mystery (after 2007’s ) finds the 50-year-old Scottish detective taking pity on a beautiful Turkish maid named Ayesha in danger of being deported, and asking her to marry him. When Ayesha goes missing and her employer, Mrs. Gentle, turns up murdered, Hamish discovers that his bride-to-be wasn’t exactly who she claimed to be. The villagers thought Mrs. Gentle was a sweet old lady, but why would such a nice woman be the target of blackmail? Threaded throughout the ever-twisting plot of the murder investigation are the ongoing saga of Hamish’s love life and the vendetta against him of his nemesis, Detective Chief Inspector Blair. Beaton fans will be delighted.