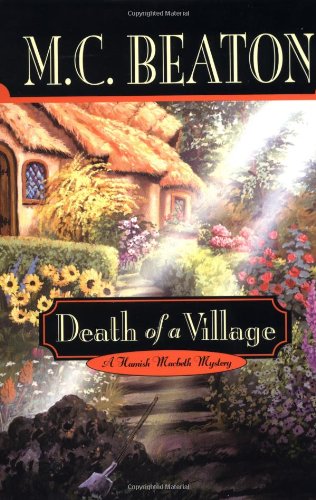 DEATH OF A VILLAGE: A Hamish Macbeth Mystery

Scottish policeman Hamish Macbeth tries to avoid a dreaded promotion while solving assorted crimes and crossing swords with pretty reporter Elspeth Grant in his episodic 18th outing (after 2002's ). Macbeth knows something is amiss in the village of Stoyre, because the residents have become even more religious and closemouthed than usual. Discovering and rooting out the cause will cost him dearly. All Macbeth's talents are on display as he performs a heroic rescue, outwits some crooks and meets violence with violence. For all his nonchalance, the laconic Macbeth does his best to protect his people and preserve his way of life among them. Beaton fans will rejoice.