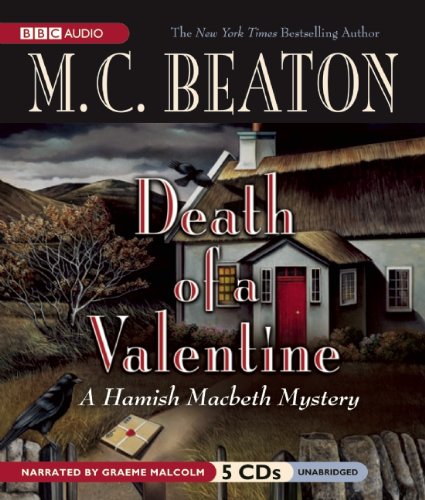 Death of a Valentine

The news has spread quickly that the charming, much sought after police sergeant Hamish Macbeth is to marry his constable, Josie McSween, in the Scottish village of Lochdubh—but their latest case, the one that brought them together in the first place, is unraveling so quickly and dangerously that their lives—not to mention their engagement—are soon in jeopardy. Haughty, clipped, with shades of radio drama, the hokey narration by Graeme Malcolm is a disappointment, but considering the quality of the writing, it shouldn't be much of a surprise. Malcolm has little to work with in this lackluster thriller, which offers an abundance of mystery genre clichés that go from charming and nostalgic to downright annoying in a hurry.