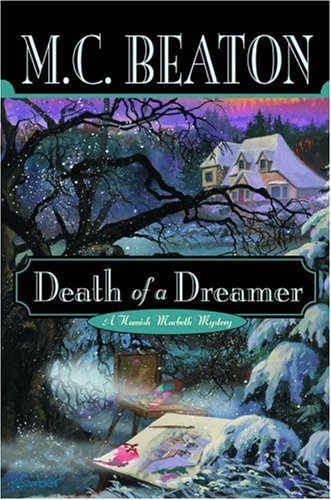 Death of a Dreamer: A Hamish Macbeth Mystery

Beaton's flawless 21st installment in her popular Hamish Macbeth series (after 2005's ) boasts amusing local color and singularly savvy sleuthing. Macbeth, constable in the Highlands village of Lochdubh, thinks the apparent suicide of Effie Garrard, an artist who's arrived in town only recently, is suspicious. Following the murder of a nosy American tourist, Macbeth digs a little deeper and learns that Effie couldn't paint to, er, save her life—she was passing off another artist's work as her own. Macbeth's personal life is also consuming: two old flames turn up in Lochdubh within a few days of each other. Of course, Macbeth solves what turns out to be a double murder—but resolution of his romantic contretemps will have to wait for the next novel in this charming series. Beaton, who's also the author of the Agatha Raisin mystery series, will be the British guest of honor at the 2006 Bouchercon.