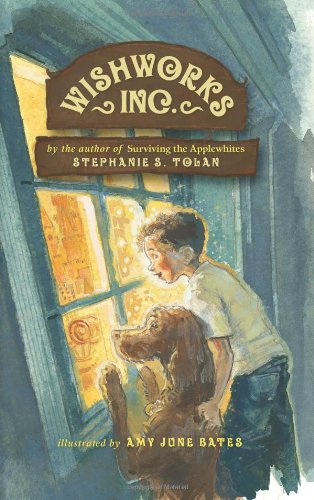 This ambitious early chapter book might alternately be titled . Third-grader Max has a lot on his plate since his parents have divorced and he moves to a new apartment with his mom and sister. Bullies rattle him at his new school, and occasional calls from his overbearing dad do little to reassure him. But Max has the perfect refuge: his elaborate imagination, where he spends “Adventure Time” with his trusty dreamed-up dog, King, and where he discovers a store that grants wishes (“Here by himself on his bed.... he could create whole worlds. He could go anywhere and do anything”). Things go awry when Max wishes for a “real, live dog,” which shakes things up for Max's family in unexpected ways. The pacing stumbles a bit as Tolan ( ) plays out scenarios that emphasize the important role of a rich imaginary life, and the wishing device doesn't feel especially fresh. But Max is a complex yet relatable character, and Bates's gray-scale pencil-and-gouache artwork conveys plenty of emotion. Ages 7–10.