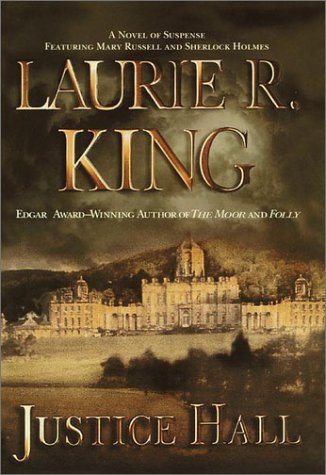 Sherlock Holmes has been much used and even more often abused by the many writers who have adopted and adapted him for their own purposes. What a delight then to find an author able to make profound changes while hewing so closely to the spirit of the original. With great verve and imagination King has extended Sherlock's career, pairing him with the superb Mary Russell. In the Edgar winner's sixth novel to feature the sleuthing duo (, etc.), Mary is a fully accepted equal to her husband and partner in detection. From the opening knock on their door by a wounded visitor to the satisfying denouement, King has again crafted a sterling story. Two characters from a previous adventure (), Ali Hazr and his brother, Mahmoud, have problems that require an understanding of British aristocracy and the unraveling of the story behind a British soldier's execution. King employs the English manor house to good effect, including the changes wrought by WWI, and seamlessly incorporates as background the horrific wartime executions of numerous British soldiers for desertion or cowardice. Separately and jointly, Mary and Sherlock utilize familiar tools: research, disguises, trips to London and France and the connections and expertise of Mycroft Holmes to ferret out crimes committed and contemplated. Though some Baker Street Irregulars may humbly beg to differ, King comes close to matching the fine intelligence and wit that informed Doyle's original adventures, providing irresistible entertainment.