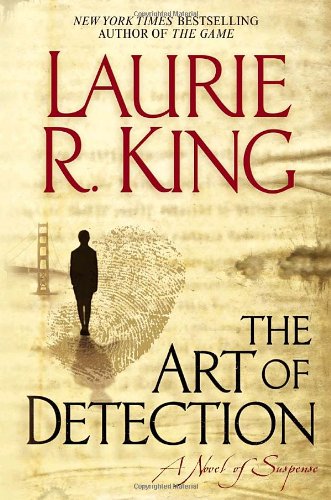 The Art of Detection

Bestseller King ( ) meshes her two best-known series—contemporary police procedurals set in San Francisco featuring Kate Martinelli of the SFPD and the period stories of Mary Russell and her husband, Sherlock Holmes—to create an intelligent, satisfying novel of suspense. Martinelli is investigating the death of Philip Gilbert, an obsessively avid Holmes collector (he's even transformed his San Francisco house into a replica of 221B Baker Street), when she discovers what could be the motive: a previously unpublished story from Arthur Conan Doyle, told from Holmes's point of view, a find that could be worth millions. The present-day narrative is interspersed with the purported Conan Doyle story, which resonates with the account of Martinelli's own domestic life. A fine, perceptive storyteller, King is particularly adroit at capturing the milieus in which her characters reside. Fans of both series will be well rewarded.