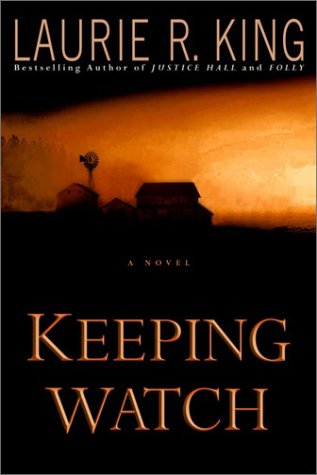 Versatile and prolific, King not only finds time for two successful mystery series but also manages to produce the occasional stand-alone gem. Fans will discover that this gripping tale shares certain locations and characters with (2001), but her hero and subject are unique to this novel. At its simplest, this is the story of a man who helps rescue women and/or children from dangerously abusive men. King's lengthy, brilliantly executed backstory of Allen Carmichael's experiences in Vietnam, his disastrously unhappy return home and his eventual discovery of his "calling" showcase some of her finest writing. Now in his early 50s, Allen is ready to retire from his dangerous vocation, to settle on his remote island and perhaps serve as a consultant to those who continue the struggle. But his last rescue, that of a 12-year-old boy trapped in a horrible situation, continues to haunt him. And when reports reach him that loose ends from that case may be unraveling, he's compelled to check it out since his actions may have endangered others. King captures perfectly the contradictions of combat: the exhilaration and the horror, the isolation and the camaraderie. The niche Allen eventually finds, the one that allows him to function more or less successfully, offers almost the same mix of extreme emotions. This novel of harrowing suspense and wrenching resolution should earn King plenty of accolades.