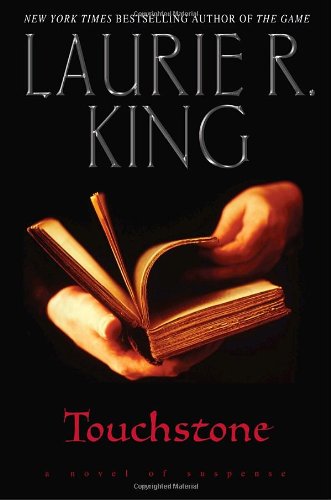 Set shortly before Britain’s disastrous General Strike of 1926, this stand-alone thriller from bestseller King ( ) offers impeccable scholarship and the author’s usual intelligent prose, but a surfeit of period detail and some weighty themes—the gulf between rich and poor, the insidious nature of both terrorism and the efforts to curb it—overpower the thin plot and stock characters. When Harris Stuyvesant, an investigator for the U.S. Justice Department, arrives in London to look for the mastermind behind a series of terrorist bombings on American soil, he tells Aldous Carstairs, a sinister government official, that his prime suspect is Labour Party leader Richard Bunsen. Carstairs suggests Stuyvesant should talk to Bennett Grey, whose brush with death during WWI has heightened his sense of perception to the point that he’s a kind of human lie detector (he’s the “touchstone” of the title), and to Lady Laura Hurleigh, Bunsen’s lover and a passionate advocate of his brand of socialism. The threat of violence at a secret summit meeting held at the Hurleigh family’s country house about preventing the strike provides some mild suspense.