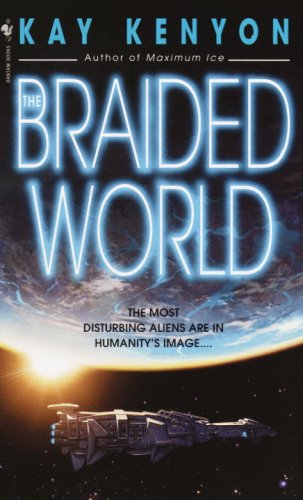 A desperate expedition from a dying Earth, financed by middle-aged singer Bailey Shaw, finds hope and despair on an alien planet in this sedate sequel to Kenyon's . Bailey's objective is to recover the genetic diversity Earth lost when a dark-matter cloud killed off a large percentage of the population. These precious DNA codes supposedly reside on a planet that closely resembles Earth. When Bailey and her crew arrive at their destination, however, they find their movements limited by the Dassa, a people who look human but lack human morals. In order to proceed with their search, the crew must first cozy up to Dassa King Vidori, who may have a secret agenda, and come to terms with some unsettling cultural differences. Most Dassa females, for instance, can reproduce only by swimming in ponds called , and those who are able to carry a baby inside their bodies are sterilized and forced into slavery. Kenyon's talent for creating complex cultures shines through in the Dassa's many beliefs and customs. Unfortunately, the cultural clash between humans and Dassa and the search for humanity's lost genetic heritage causes far less conflict than what one would expect. As a result, this plodding story fails to hold readers rapt, but its cultural richness may appeal to those with an interest in anthropology.