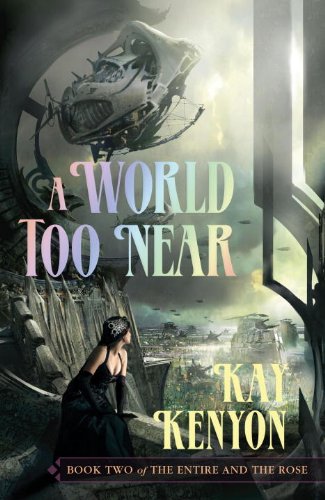 A World Too Near

The fate of two universes hangs in the balance in this intricately plotted sequel to (2007). To sustain the constructed universe called the Entire, the alien Tarig have built the engine of Ahnenhoon, designed to turn the Rose—Earth’s universe—into a power source. Earth’s survival depends on pilot Titus Quinn’s plan to destroy the engine, but ambitious scientist Helice Maki claims Titus may instead use the mission to seek his missing daughter, Sydney, lost somewhere in the Entire. Successfully scheming her way into accompanying Titus, Helice plots to steal his nanotech weaponry and grab power from the Tarig. Titus’s only hope may be his wife, Johanna, captured 10 years ago by the Tarig, who has slowly taught herself enough about the engine to have a chance of disabling it. Tangled motivations, complex characters and intriguing world-building will keep readers on the edges of their seats.