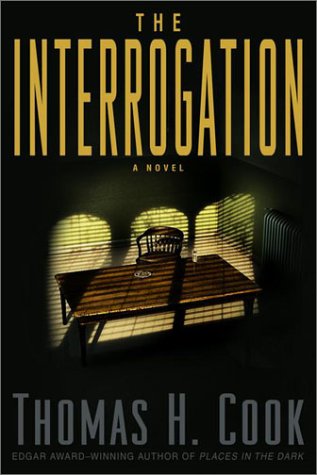 Did Albert Jay Smalls strangle eight-year-old Cathy Lake to death on a rainy afternoon in 1952? Two police detectives have 11 hours to find out before Smalls is released. The Edgar-winning Cook makes the most of that brief period of time, not only braiding the intricate elements of the crime but laying open the secretive, troubled lives of at least half a dozen characters. The case against Smalls is thin—no witnesses, no physical evidence. A homeless vagrant who lived in a tunnel not far from where Cathy's body was found, he's been in custody for more than a week. No one has been able to crack his denial of the murder, but detectives Jack Pierce and Norman Cohen sense he's hiding something. Employing flashbacks and parallel action while in the interrogation frame, Cook adroitly weaves back and forth between the crime itself, the subsequent investigation and the halting questioning of the suspect. More compelling, however, is his portrayal of how the crime affects Pierce and Cohen, as well as several secondary characters. Pierce, for example, is a man driven by rage: his own daughter was murdered six years earlier and her case went unsolved. Cohen, who conducts most of the questioning while Pierce plows into Smalls's past, is still numb from what he saw in Germany as a soldier. Down to the cleverly hatched, melancholy ending, Cook (; ) again takes readers down a dark, treacherous road into the heart of human fallibility and struggle.