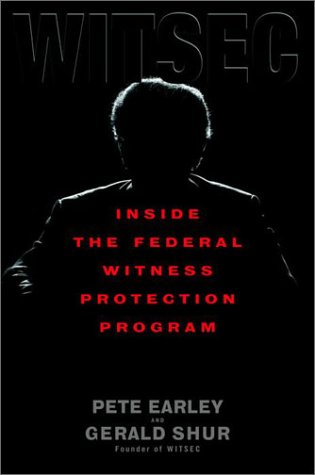 Earley, an Edgar fact-crime award winner for , and Shur present a fascinating third-person account of Shur's 25-year career with the Department of Justice. Starting out as a federal attorney who recruited witnesses to take down the New York crime syndicate, Shur immediately saw the need to protect those who might testify against organized crime. After years of ardent advocacy, Shur created what would become the Witness Protection Program (WITSEC). As this book shows, WITSEC's 30-year history has been anything but tranquil. Some witnesses started up new crime syndicates or haplessly revealed their true identities. Others, wanting to remain in the spotlight, presented false testimony at congressional hearings. Still others took their indispensability as witnesses to mean they were to live forever on government subsistence checks. Additionally, Shur and WITSEC faced infighting among the federal agencies that most used the program, notably, the FBI, IRS and DEA; and the physical protection of witnesses and their families was often badly handled by a poorly organized U.S. Marshals Service. Yet WITSEC has managed to protect thousands of witnesses from certain death for having offered incriminating testimony to authorities. Since the book brazenly cheers Shur's every contribution to WITSEC, it is not the well-rounded work that it should be; nevertheless, this is an eye-opening account of a significant government program, with firsthand testimony by a woman identified only as "Witness X," who has been relocated by the program.