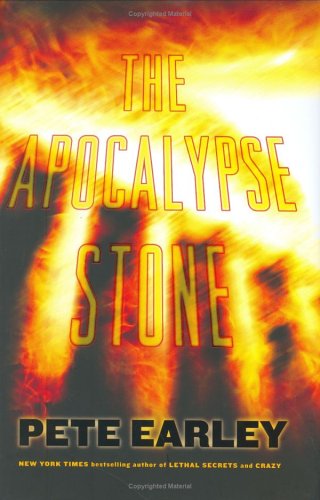 Earley ( ) offers a confusing blend of religious magic, courtroom drama, political machinations and sexual hijinks in a potboiler that's more readable than believable. Evan Spencer, a Virginia Circuit Court judge, appears to have it all: beautiful wife, wealthy and powerful connections and a safe path to a state supreme court appointment. But a simple white, round stone with mystical powers turns his world upside down. A chain of events results in Spencer suspecting his wife of infidelity, presiding over a sensational murder trial in which a black inner-city youth is accused of raping and killing the 11-year-old daughter of his wealthy patron, and being beset by visions accompanied by increasingly vivid manifestations of stigmata. While Spencer's revelations (triggered by the stone) extract an increasing toll on him, the trial unfolds rapidly. Meanwhile, a priest is hot on the trail of the talisman. Commingling a trial that is by turns engrossing and farcical with the powerful effects of a magical Christian relic on Spencer's personal and professional fate (not to mention his salvation), Earley overloads this entertaining but ultimately unsatisfying thriller.