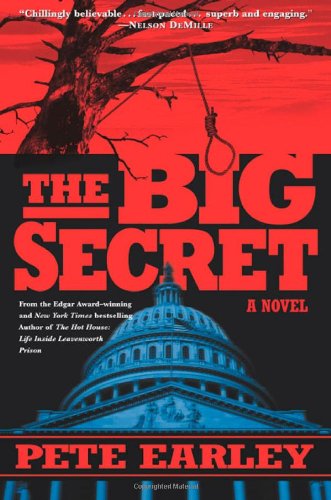 Edgar-winning true crime writer Earley ( , etc.) delivers a fast-paced but uneven fiction debut. U.S. Senate investigator Nick LeRue spends most of his time vetting nominees for federal judgeships—that is, until he's contacted by Melanie Cole, who wants him to track down her twin, Heather, a reporter who's vanished from the small Mississippi town where she'd gone to research a 1955 lynching. LeRue agrees, mainly because he still loves Heather, who broke his heart two years ago when she took up with investigative reporter Andrew Middleton. LeRue and Melanie learn that Heather has been kidnapped, possibly by one of the white supremacists involved in the lynching. LeRue's investigative savvy paired with Melanie's ability to communicate in dreams with her twin lead to the discovery that Heather is captive in a remote cabin. But before they can get to her, her captor kills her and then, apparently, himself. But is that the end of the story? The action shifts back to Washington, D.C., where a Southern senator and Middleton—a sort of fictionalized Bob Woodward character—fall under suspicion for Heather's death. Here, Earley's narrative takes a series of credibility-straining turns, including key characters who turn out to be delusional and dream sequences that herald events to come. LeRue, however, remains a well-conceived protagonist, full of honor, cunning and a fine sense of self-deprecating humor. .