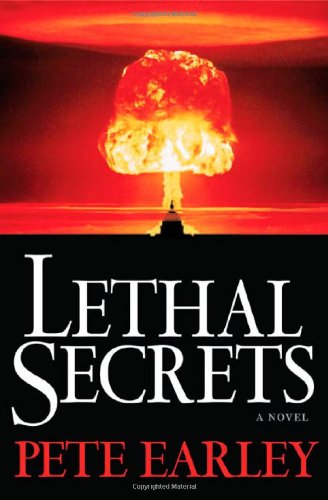 What could have been an explosive novel of international intrigue exploiting post-9/11 paranoia sparks brilliantly before sputtering out. Deputy U.S. Marshal Wyatt Conway is charged with guarding Sergey Pudin, a Russian mafiosi. Meanwhile, Russian intelligence agent Colonel Khrenkov is blackmailed into murdering Pudin before he can testify against major crime bosses. In distant Chechnya, Movladi "The Viper" Islamov—a former student of Conway's—has become an international terrorist in the Chechen cause, and he's discovered that in the 1950s, the Soviets built a thermonuclear "sleeper bomb" that they secreted in the basement of the Russian embassy in Washington, D.C. Conway, a throwback to pre-1950s he-man values, is a devil-may-care smart aleck who confuses prejudice for opinion and wisecracks for wisdom, but he's apparently irresistible to women, especially to Kimberly Lodge, a shapely CIA counterterrorism expert. Undaunted by demotion, Conway shoehorns himself into the CIA's investigative team, making monkeys of the best of the U.S. and Russian officials. Earley knows his stuff—he seamlessly works in complex detail about everything from government bureaucracy to weapons technology—but he undermines his plot with improbabilities and contrivances. Better editing could have made this thriller a blast.