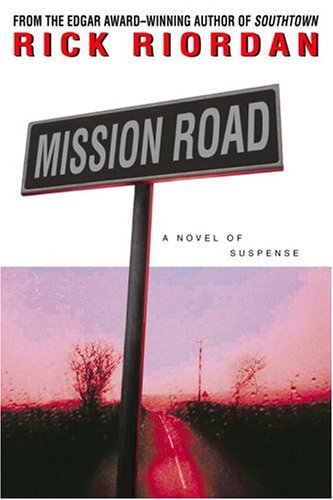 The past collides explosively with the present in Edgar-winner Riordan's relatively weak sixth Tres Navarre novel (after 2004's ) when Navarre's boyhood friend, reformed criminal Ralph Arguello, appears on his doorstep wearing a blood-soaked barely one step ahead of the San Antonio police. The cops believe Arguello's wife, cold case detective Ana DeLeon, is about to name her husband as the prime suspect in the 18-year-old unsolved murder of Franklin White, son of a local organized crime boss—and, more incredibly, that Arguello shot her to slow down the investigation. Arguello convinces Navarre he's being set up, and the two of them struggle to evade a citywide manhunt and discover the real killer's identity. Riordan jump-cuts between the present and the mid-1980s to tell the story of White's murder and to provide background for the main characters, including Ana's mother Lucia, one of the city's first female cops. While the parallel narrative adds much needed depth, it dampens the pace and momentum. But the book's biggest flaw is the sitcom-like familiarity of the characters, including Navarre himself—the self-deprecating, wise-cracking PI who could only exist as a fictional trope. .