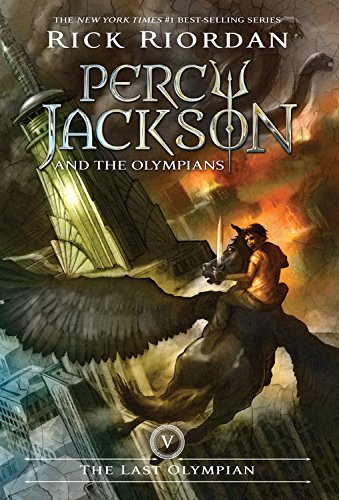 Percy Jackson’s fifth and final adventure begins with a blast and gets increasingly more explosive. It reads less like a novel than a 400-page battle scene set in Manhattan, pitting Percy, Annabeth, Grover & Co. against a pantheon of monsters intent on reaching the portal to Mount Olympus (located on the 600th floor of the Empire State Building). In other words: fans will not be disappointed. All the action takes place in the days before Percy’s 16th birthday, on which a prophecy has foretold “a single choice shall end his days.” Readers who have watched their dyslexic hero grow into his considerable powers since age 12 will not be surprised by his brave leadership. Or as Percy, facing the Minotaur’s army, puts it in typically wry fashion: “It was now roughly one hundred and ninety-nine to one. I did the natural thing. I charged them.” Details about Luke’s childhood explain his traitorous allegiance to Kronos; Annabeth and Rachel Dare vie for Percy’s attention; and the final clash would keep a Hollywood special effects team busy for years. As the capstone to this beloved series, this story satisfies. And a surprise character takes on the mantle of Oracle, instantly issuing a new prophecy that suggests, happily, there’s more fun with the demigods to come. Ages 10–up.