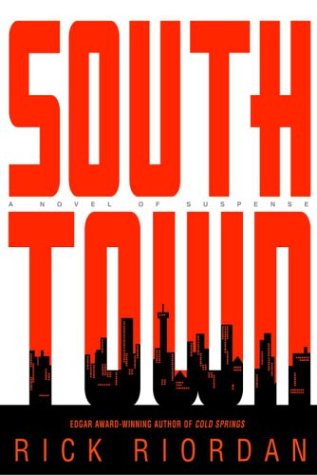 Riordan's superb fifth Tres Navarre novel ( , etc.), about the former Berkeley professor now working as a PI in his native San Antonio, Tex., features a fairly standard-issue villain, Will Stirman, but it also has the courage and imagination to make Stirman if not sympathetic at least understandable in his rage against the people who stole his life. The author also makes us believe in the tortured, untrustworthy brain processes of Sam Barrera, a former FBI agent now trying desperately to keep working as a PI in spite of rapidly advancing Alzheimer's. Barrera and former cop Fred Barrow ended Stirman's career as a flesh peddler selling illegal Mexican immigrants into slavery, and the first thing on Stirman's mind after a bloody prison escape is revenge against these two. But Barrow is long dead, shot by his abused wife, Erainya Manos, the tough and touching woman for whom Navarre works. When Stirman turns his rage against Manos and her eight-year-old son, whose soccer team Navarre coaches, the Texas PI gets more involved in the search for the escaped convict than his local police friends would like. Coping with Barrera's heartbreaking mental lapses and trying to balance his anger at Stirman with a growing feeling that a lot of the man's anger might be justified, Navarre walks a thin, highly believable and surprisingly suspenseful line that should delight old Riordan fans and win new ones.