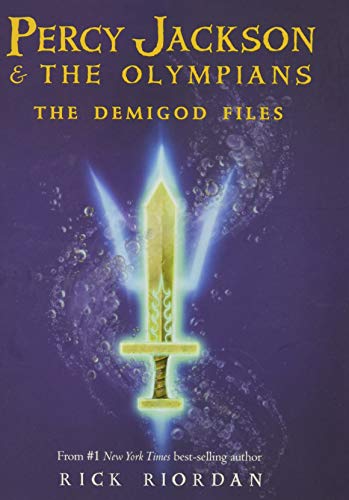 Billed as a manual for newbies entering Camp Half-Blood, this miscellany of all things Percy Jackson may satisfy readers eagerly awaiting the final installment in the Percy Jackson and the Olympians series, due in May. Three previously unpublished stories in which the son of Poseidon narrowly escapes death while cracking jokes read like scenes cut from previous novels—which is a compliment. Spliced between stories two and three are brief, comic “interviews” with Grover, Clarissa and other campers. Bland illustrations depicting the contents of Annabeth’s trunk, a map of Camp Half-Blood and a short “sneak peek” at pad the contents (barely) to book length; the inclusion of a crossword puzzle and a word search makes the book difficult to share. Not a must-read—but try telling that to rabid fans. Ages 10–up.