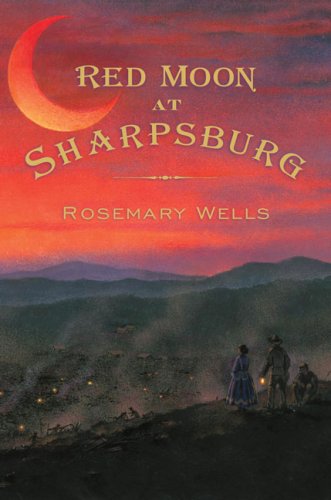 Wells ( ) once again brings a historical period to life, this time the Civil War era in Virginia's Shenandoah Valley. "It is July 30, 1861. I, India Moody am twelve years old," announces the confident narrator. The war brings with it countless sacrifices (Julia, India's best friend moves to Ohio to wait out the war) and tragedies (the destruction of the land), along with the death of her beloved father. When her school closes, India's neighbor Emory Trimble tutors her ("smart as a snake, but too rattle-chested from his asthma to be more than a Sunday soldier"). Although India is expected to learn "scriptures, household economics, handwriting, declamation," she hungers for knowledge of science ("It is like... firelight to me") and strives to attend Oberlin College in Ohio, which Julia has told her accepts women. India is not unlike another of the author's determined heroines, Mary Breckenridge (the subject of Wells's biography, ): when Emory later helps the medics and goes missing, India searches for him and along the way secretly saves a Yankee soldier. Her act of kindness leads to an unexpected opportunity. Wells's prose often says more than facts could ("Like a child's tantrum suddenly over with, there is a thick after-battle stillness in the air"). By story's end, India has become a woman, on her way to achieving both educational and romantic success—a testament to her tenacious spirit. Ages 12-up.