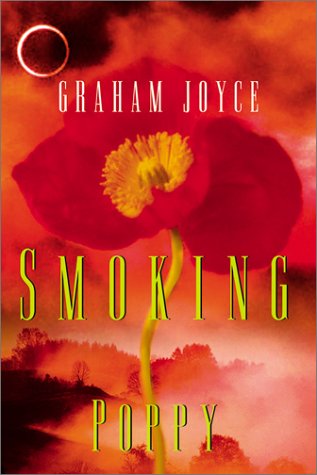 Though known as a writer of dark fantasy, Joyce (; ), winner of four British Fantasy Awards, here trades the usual tropes of dwarves and dragons for elements of phantasmagoria that can seem as real yet as extraordinary as moonlight. In his fifth novel, a thriller, the fantastic arises primarily from the powers of the poppy, whose opium generates visions both hellish and heavenly. Dan Innes, a British electrician, gets a call from the Foreign Office in Chiang Mai, Thailand: his estranged daughter, Charlotte, 22, has been arrested for drug smuggling and faces possible execution. With his born-again Christian son, Phil, and a boozy mate, Mick, whom he doesn't like much, Dan flies to Thailand to free the young woman. What they encounter in Chiang Mai skirts surreality: impossibly humid heat, too bright colors, exotic foods, bars filled with beautiful young whores. The action, too, veers toward the inexplicable, as Mick falls in love with a Thai beauty who turns out to be a man and, more urgently, as the woman locked in the local prison turns out to be not Dan's daughter but a hustler traveling on Charlotte's stolen passport. To find his daughter, Dan and company trek deep into the jungle, to a poppy-growing village awash in supernatural belief, but run by a hardheaded drug lord. There, they must free Charlotte from a curse that keeps her in psychic chains. As they do, they undergo seismic shifts of character and belief. This is a roundly satisfying tale, smartly written and filled with expertly drawn characters, a novel that will please Joyce fans and also the wider readership of thriller readers perhaps eager for something a bit unexpected, something even a bit... fantastic.