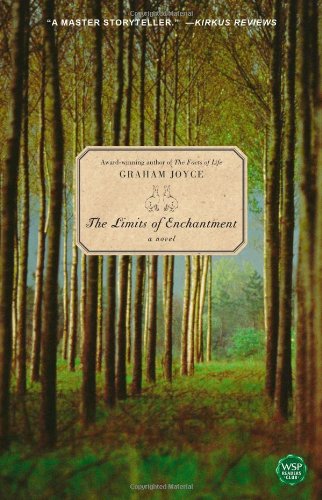 THE LIMITS OF ENCHANTMENT

Shaped by reverence for the feminine mystique and leavened with a dash of fantasy, this enthralling novel from British author, Joyce ( offers a poignant appraisal of an English household steeped in folk traditions and its uneasy transition to contemporary times. Although it's 1966, Mammy Cullen, a beloved midwife in rural Hallaton, still dispenses a kind of herbal medicine that women have practiced since time immemorial. But times are changing and prejudices are building. When one of her remedies appears to kill a patient, the locals turn on Mammy. Her practice falls to Fern, her adopted daughter and apprentice, who soon finds herself confronting contemporary reality in several forms: Arthur, an amorous biker with marriage on his mind; an intrusive commune of feckless hippies who settle next door; and a devious landlord who schemes to evict her from her cottage. Fern's dilemma over whether to pack it all in under these pressures or contrive ways to continue with hedgerow medicine invests the tale with both pathos and humor. Joyce tackled some of this story's themes in his 1992 debut, but his treatment here is more seasoned and sensitive. Likewise, his ability to write convincingly from a female point of view only improves, and Fern is one of his best realized characters to date. This novel's old-fashioned sense of values and heartwarming depiction of customs of home and community are sure to charm fans and new readers alike.

The Facts of Life