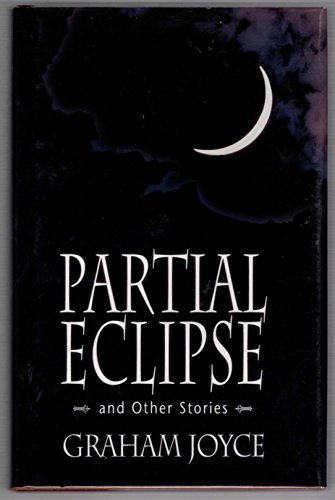 PARTIAL ECLIPSE AND OTHER STORIES

At the end of "Xenos Beach," a signature story in this collection of effectively subtle fantasies, a traveler reflects on his erotically charged dalliance with a mystical local woman and wonders "if he had narrowly escaped something deeply dangerous; or if he had forfeited some experience transcendent and beautiful." His thoughts articulate the spirit of tentative strangeness that snakes stealthily through these 10 stories and heaves up both exquisite ambiguities and troubling uncertainties in its wake. In "Under the Pylon," a boy's disappearance while playing on an electrical transformer suggests his absorption into currents of change forcing the sexual and social maturation of his teenage friends. "Pinkland" tells of a liaison formed over the Internet that becomes increasingly weird and upsetting when the two e-friends decide to meet and shed their virtual personas. In the book's most powerful story, the haunting "Leningrad Nights," an orphan's struggle to keep himself, a prostitute and her newborn child alive during the Nazi siege plays out in a landscape rendered otherworldly by opium dreams and Christian religious symbolism. British writer Joyce () draws the reader into his stories with a chummy, conversational style that makes it just as easy to believe in marvels he excavates from the squalor of inner cities as wonders he pursues in exotic foreign lands. Though several of the stories compromise their enchantments with unpersuasive rationalizations, most confidently conjure unexplained mysteries as deliciously enigmatic to the reader as to the characters.