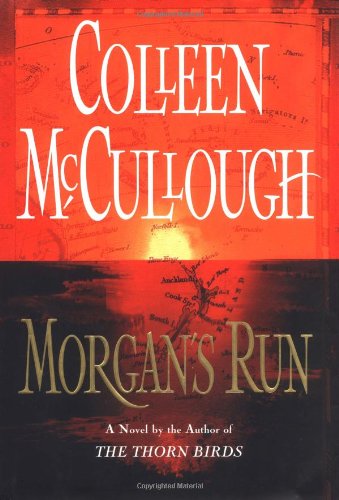 HMcCullough's narrative skills are fully displayed in this intricately researched, passionate epic of 18th-century England's colonization of Australia, in which an upright Bristol tavernkeeper, Richard Morgan, becomes one of the first British convicts to be sent to the rugged new prison colony of Botany Bay. It is not enough that Morgan is struggling with grief, having lost his wife and two children in three separate tragedies. He discovers that his employer is scamming the government of excise taxes, but when he reports the fraud, he becomes the target of the distiller's revenge. Framed for robbery and extortion, he is arrested and thrown into prisonDa hellish pit of overcrowding, disease and filthDthen convicted and sentenced to seven years transportation on the infamous slaver ships bound for Australia; the success of the American Revolution has closed the New World to England's unwanted population. During the horrific sea journey, Morgan becomes a leader among the men, protecting handsome Fourth Mate Stephen Donovan (called a Miss Molly by the crew), and forging a friendship that will last a lifetime. Once in Port Jackson (later Sydney), Morgan becomes indispensable as a skilled worker and master gunsmith. He is soon moved to spectacular Norfolk Island, where there is fertile soil, food aplenty and happiness in love. Summoning the intimate acquaintance with her native Australian landscape familiar to readers of The Thorn Birds, and the mastery of meticulous detail that distinguishes her series on Roman history (Caesar, etc.), McCullough blends local color, extraordinary characters, ethnic tensions (between Irish, Scots, Welsh and Englishmen), grand descriptive passages and even seamen's thick dialects into a complex, consistently entertaining narrative. The strength and resilience of her unforgettable hero makes this animated tale one of McCullough's best to date. (Sept.)
close
Details