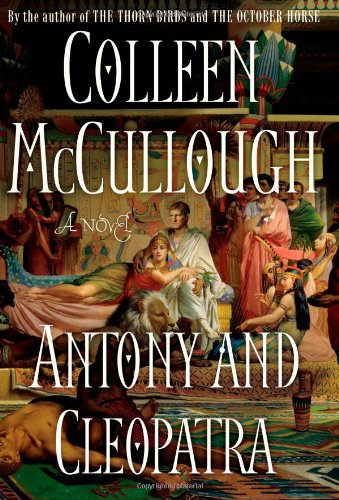 McCullough ( ; ) continues her Masters of Rome series with a chronicle of one of history's most infamous love affairs. After the death of Julius Caesar, Mark Antony, Caesar's ambitious and brash cousin, and Octavian, Caesar's adopted son and designated heir, agree to jointly administer the far-flung empire: Antony in the East and Octavian in the West. It's not a happy arrangement, though, and their rivalry to rule Rome is the overarching theme of this sprawling, captivating saga. After a disastrous campaign to subdue the Parthians, Antony turns to Cleopatra, the enigmatic and fabulously wealthy queen of Egypt, to replenish his war chest. Determined to make Caesarion, her son by Julius Caesar, ruler of Rome, Cleopatra seduces Antony and soon has him “as soft as a mushy pudding.” Meanwhile, with the aid of his wife and Marcus Agrippa, Octavian secures his position in Rome and Italia. Prodded by Cleopatra, Antony gathers his forces in Greece for an invasion of Italia. The tragic denouement is, in McCullough's capable hands, no less compelling for being so well known. As with the previous volumes in this series, the author's scholarship and larger-than-life characters bring a tempestuous Rome to life.