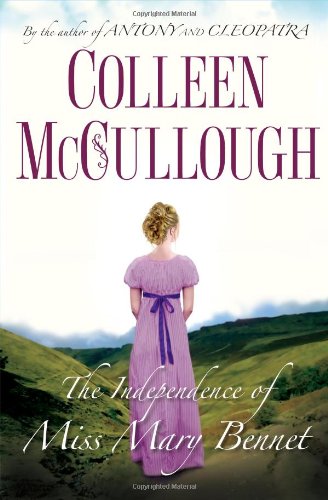 The Independence of Miss Mary Bennet

McCullough’s ( ) sequel to vaults the characters of the original into a ridiculously bizarre world, spinning dizzily among plot lines until it finally crashes to a close. The novel begins 20 years after Austen’s classic ends, with Elizabeth and Mr. Darcy trapped in a passionless marriage, Jane a spineless baby machine, Lydia an alcoholic tramp, Kitty a cheerfully vapid widow and Mary a naïve feminist and social crusader. Shrewish Mrs. Bennet’s death frees Mary from her caretaker duties, and, inspired by the writings of a crusading journalist, Mary sets off to document the plight of England’s poor. Along the way, she is abused, robbed and imprisoned by the prophet of a cave-dwelling cult. Darcy is the book’s villain, and he busies himself with hushing up the Bennet clan’s improprieties in service of his political career. His dirty work is carried out by Ned Skinner, whose odd devotion to Darcy drives his exploits, the nastiest of which involves murder. McCullough lacks Austen’s gently reproving good humor, making the family’s adventures into a mannered spaghetti western with a tacked-on, albeit Austenesque, happy ending.