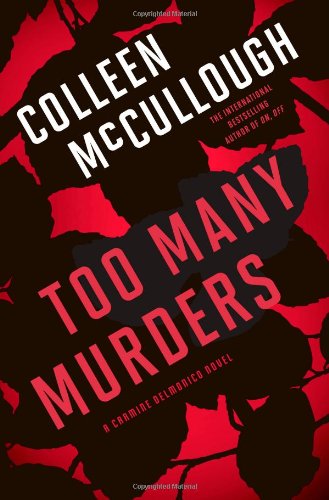 Too Many Murders: A Carmine Delmonico Novel

Set in a Connecticut college town, bestseller McCullough's disappointing sequel to (2006) starts off with an over-the-top premise and doesn't improve from there. In April 1967, a dozen murders occur in the normally quiet town of Holloman, Conn., in just 18 hours, culminating in the death by bear trap of Evan Pugh, a student at Chubb University with a penchant for blackmail. The disparate victims include a hooker, a college dean and the head of a major corporation; among the killing methods are four poisonings, three shootings and two pillow suffocations. In an unrealistic move, Capt. Carmine Delmonico of the Holloman police, who's in charge of the unwieldy investigation, sends his sergeants home for a good night's sleep while the crimes are still fresh. The solution may elicit unintended giggles as it papers over holes in logic rather than filling them.