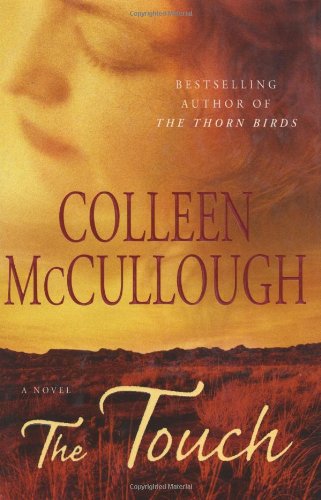 After last year's , the final installment in her series set in ancient Rome, McCullough returns to her native Australia to chronicle the adventures of Scotsman Alex Kinross, a headstrong and handsome former boilermaker's apprentice in Glasgow, now rich and the founder of an eponymous town in New South Wales. It is the late 19th century, and Alex, who has settled in Australia after finding gold both in America and Down Under, can find no suitable bride, so he sends to Scotland for one. Elizabeth, the backward 16-year-old beauty he marries, takes an instant dislike to him: he's no paragon of sensitivity; he bears an unfortunate resemblance to Satan; and neither his brilliance, his money or his influence can persuade her to love him. Elizabeth bears him two daughters—she almost dies giving birth to the second—and forges a deep friendship with the redoubtable Ruby Costevan, a former madam and Alex's longtime mistress. But poor Elizabeth just can't be happy, until she meets Ruby's half-Chinese son, Lee. Lee returns Elizabeth's regard tenfold, but because he's as upstanding as he is beautiful, he makes himself scarce to avoid upsetting Elizabeth or Alex, whom he loves. When he can bear it no longer, Lee decides Alexander must be told—but at what price? Frontier speculation, domestic strife, industrialization, a terrible rape and a brutal murder: all these mold and buffet the Kinross clan until a final, tragic act of generosity promises to end the pain. Though they are frequently at the mercy of the novel's complex plot, McCullough's characters win sympathy with their spirited striving for love and honor. .