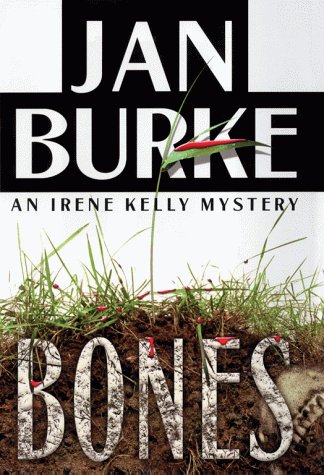 In her seventh outing (after Liar, 1998), journalist Irene Kelly is part of the investigative team on the hunt for serial killer Nicholas Parrish's many victims. Their graves are in California's Sierra Nevada mountains, and Parrish, having entered a plea bargain, is there too, leading the team to the women's corpses in exchange for a life sentence instead of the death penalty. But Parrish has planned a surprise or two. When a grave explodes, most of the team are killed, Irene flees, and the killer escapes. Back home, Irene continues to work at the behest of Gillian Sayre, the daughter of one victim. Her hunt for Parrish is made considerably easier by his growing obsession with her. A cunning psychopath with a calm demeanor, Parrish heavily resembles Hannibal Lecter. Rather than eat his victims, however, he tortures and dismembers them. Burke spends the first third of the novel overbuilding Parrish's reputation, so by the time she actually depicts his depravity the horrors are a bit anticlimatic. Later, the killer's mysterious accomplice, ""The Moth,"" will be too easily identified by readers, especially after Burke unsuccessfully labors to mask his/her gender. And Parrish is only generically, not memorably twisted. Though Irene and other characters are well wrought and realistic, too many red herrings are introduced, all meant to distract the reader from the true evil, which, once fully revealed, just isn't quite evil enough. (Sept.)
close
Details