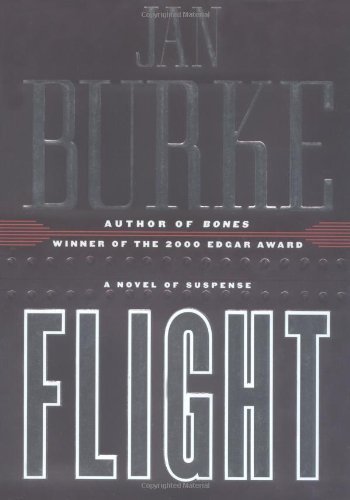 Like Burke's Edgar-winning Bones (1999), this ambitious, if overlong, suspense novel focuses on an intense search for a pathological killer. In Las Piernas, Calif., newspaper reporter Irene Kelly, Burke's series heroine, takes backseat to her husband, prickly, tenacious homicide detective Frank Harriman. Ten years earlier, when brilliant police detective Philip Lefebvre disappeared in the middle of a triple homicide investigation, the cops believed he'd sold out to the suspected killer, drug lord Whitey Dane. When Lefebvre's 10-year-old corpse and sabotaged airplane are found in the San Bernadino Mountains, Frank reopens the case, suspecting that both Lefebvre and Dane were wrongly accused. Irene knew Lefebvre, but, except for a clunky plot device that places her in peril at the finale, this is Frank's book, as he exactingly unearths new evidence and uncovers a possible cover-up. Burke delves into the mind of the real murderer, still at large and unsuspected. The reader gradually identifies this frightening individual, but waits in suspense too long for Frank to do likewise. Burke's strength is her understanding of personal relationships and motivation, plus the memorable characters she creates, notably the murderer, who is so crazy he passes for sane. The author's thorough research is praiseworthy but it often slows down the story, and she isn't a great stylist. Unfortunately, that combination produces a book that takes too many pages to come to the point. Agent, Lowenstein-Morel. (Mar. 6) Forecast: The publisher is behind this title in a big way, with a 50,000 first printing and a 17-city author tour, and Burke's shelf-full of awards for previous books will draw many readers to this new one. This isn't the author's strongest outing, though, and in the long run, sales may not meet the publisher's expectations.
close
Details