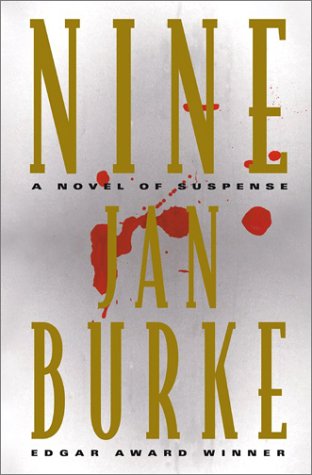 Award-winning mystery author Burke (; ) takes a break from her Irene Kelly series to test the waters of stand-alone mainstream thrillers, and proves she can swim with the sharks in this tale of vigilante justice. The members of Project Nine, an exclusive club of deranged boys, create havoc for homicide detective Alex Brandon, the L.A. Sheriff's Department and the FBI, since their gruesome project involves eliminating the outlaws on the FBI's Most Wanted List. Brandon has a dark family history, to say the least, and grimly tolerates his partner, Ciara Morton, a good detective with a bad attitude. The leader of Project Nine, Everett Corey, began assembling his task force—including Cameron Burgess, Morgan Addison and the delightfully vain Frederick Whitfield IV—at Sedgewick, a rich kids' reform school in Malibu. The team's hero, haunted genius Kit Logan, whose nightmarish past includes the killing of his stepfather, serial killer Jerome Naughton, attended the same school. Ninth on the Project's list of targets is yet another Malibu alum: Kit's friend Gabe Taggert, whose involvement in a botched robbery/ homicide has driven him into hiding. Gabe's sister Meghan has history with both Everett and Kit, further complicating the mix. Brandon was involved with the Naughton case 10 years earlier and has dealt with some of the Sedgewick boys; while this makes him uniquely suited to solving the case, it also puts him at risk. Burke does an excellent job with her diverse, bustling cast—which includes Spooky, a 13-year-old firebrand in Kit's care, and Chase, Brandon's troubled nephew—providing plenty of background without short-changing the absorbing and inventive plot.