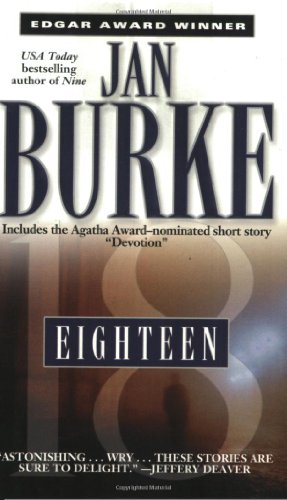 The acclaimed author of the Irene Kelly mystery series ( , etc.) and the Edgar award–winning novel delivers this superb collection of short stories, hitherto available only in a limited trade edition from A.S.A.P. Publishing. These early works, which appeared in publications like and , display an impressive range of styles, voices and settings. Burke offers ghost stories ("Ghost of a Chance"), romantic suspense ("The Muse"), a whodunit ("A Fine Set of Teeth"), a tale of revenge ("Miscalculation") and a humorous intrigue ("The Man in the Civil Suit"), and the voices she adopts are as disparate as an abused wife and an aristocratic gentleman (and, at one point, even a non-human narrator). It would be a challenge for readers to choose their favorite, as all the stories are carefully crafted gems: "Mea Culpa" follows a crippled boy as he deduces what his stepfather has in store for his mother; "Miscalculation," which is based on the wartime service of the Queen Mary ocean liner, effectively transmutes history into mystery; and "Unharmed" tells a surprising tale of domestic strife. Several of the stories won or were nominated for awards, and virtually all of them repay the reader handsomely.