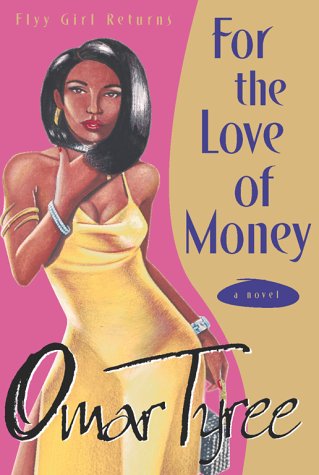 For the Love of Money

Rowdy and predictable, this sequel to Flyy Girl, the tale of a streetwise, boy-crazy Philadelphia teen who learns some hard lessons, revisits the life and times of Tracy Ellison Grant, now 28 and a successful author (of a novel called Flyy Girl), TV and screenwriter, and rising movie actress, as she takes a closer look at her fame, fortune and heart. Tracy's old flame, Victor Hinson, has been doing a stretch in jail; once released, he changes his name and marries someone else. Tracy tries not to let his defection stop her from enjoying her notoriety. But she is still vulnerable as she makes a visit to her old stomping grounds, Philadelphia's Germantown: she feels exposed and fake speaking at her old high school, and on a radio chat show she's disturbed to hear rumors that she's a lesbian. She stays in touch with her old crew, but she is disillusioned on that front, too. Her friend, Kiwana, formerly Afrocentric and militant, disappoints Tracy when she marries a white man, and fast-talking Mercedes audaciously tries to scam Tracy for money. Tracy's heart still retains a soft spot for the reformed Victor, now a Muslim businessman, and the embers of their old affair flare up in a situation that resolves itself in several surprises. Tyree may turn off some readers with Tracy's clich d poetry and occasional references to himself and his success throughout the narrative. Although the prose (rife with self-important italicized words to make obvious points) is often clunky and the dialogue flat, Tracy's adventures provide cool commentary on ambition, love, friendship and the price of fame. (Aug.)
close
Details