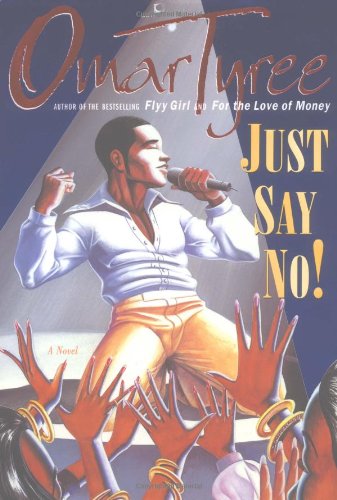 The pitfalls of success swallow up a young soul singer in Tyree's latest, a buddy story about a pair of African-Americans from North Carolina who rocket to stardom together after leaving college to enter the music business. Darin Harmon is the narrator, a college football prospect who sees his career go up in smoke after an injury and decides to manage his best friend, a talented singer and musician named John Williams. Williams comes from a church music background, but when he starts singing and writing songs, the romantic "Loverboy" persona he invents quickly lands him a record deal, a concert tour and a series of bestselling singles and albums. Williams can't resist temptation, though, and his problems start with pot addiction and slowly progress to include increasingly dangerous sexual adventures, leaving Harmon with the dubious task of trying to keep his best friend's hedonism under the media radar. Eventually Harmon tires of Williams's antics, and when he quits to get married, raise a family and become a producer, the pace of Loverboy's slide accelerates until he finally lands in a Maryland halfway house after a drug arrest. Tyree narrates the somewhat predictable story at a slick, superficial level, relying on at least a dozen rather redundant sex scenes to keep the plot moving, although he does delve briefly into Williams's troubled relationship with his extremely religious but hypocritical mother. The sex, drugs and rock-and-roll angle will seem familiar to white readers, but Tyree's major contribution here is framing Williams' efforts in the context of other soul, rap and R&B artists to produce an informative and entertaining variation on a formulaic music yarn.