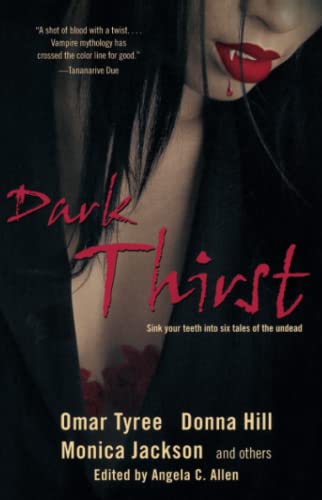 This uneven anthology of sensual vampire stories by and about African-Americans breaks little new literary ground, but it provides a dose of pure escapist fun just in time for Halloween. Psychically commanding vampires, both men and women, both willing and unwilling killers, seduce unwitting humans and lead them to the slaughter. The majority of the stories share themes of beauty, power and the desire for love or approval—themes that Monica Jackson's "The Ultimate Diet" riffs on wonderfully as the obese Keeshia, rather than beginning another diet, figures out how to turn into a vampire so she can be slender and irresistible, just like her beautiful serial-killing neighbor. Donna Hill's "The Touch" follows Selena, a masseuse who uses sensual touch and sex to sate her desire for humans so she will not feed on them, as she begins to lose control of her urge for blood. Kevin S. Brockenbrough's outstanding "The Family Business" mixes vampires and werewolves with the real monsters—wife beaters and uncaring neighbors—as Shelly agrees to become a werewolf like the men in her family to get back at her abusive husband, only to have him return from the dead as a vampire eager for payback. The vampires are all ultimately alone, even as they reach out to the humanity that they themselves lack.