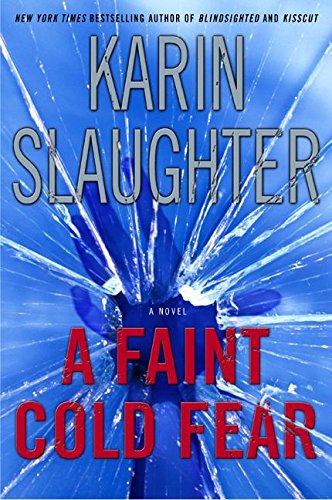 In the coldly captivating tradition of Cornwell and Reichs, Slaughter (; ) returns to Grant County, Ga., to offer a third installment in the adventures of smalltown pediatrician and part-time medical examiner Sara Linton. Called in to investigate the apparent suicide of a male Grant Tech student, Sara brings along her pregnant sister, Tessa, who wanders away from the scene and is brutally attacked. The distraught Sara must work side by side with her ex-husband, Det. Jeffrey Tolliver, whom she loves despite his past infidelity, but it's Lena Adams, formerly a cop and now a campus security guard, whose story the novel follows most closely. Still mourning the murder of her sister and recovering from her own torture and rape by the same man, Lena is looked on with suspicion by her ex-boss, Jeffrey. With reason: she's hiding a few key facts. The dead boy's mother is her therapist and Lena is involved with an abusive young man with a shady past. Campus gossip Richard Carter further confuses investigators; meanwhile, police discover the bodies of two more students, their deaths potentially suicides but more likely murder. Slaughter provides grisly variations on the themes of sibling rivalry, sexual abuse and campus politics in a story not for the faint of heart. Readers who can stomach gruesome details and like fitting together multiple stories of physical and psychological abuse will savor the way Slaughter can evoke sympathy for perverse, even criminal, behavior by tracing its origins, and those who make it through the complexities and the gore will be rewarded with a satisfyingly chilling ending.