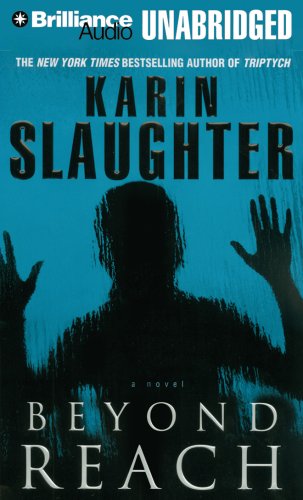 Slaughter's newest novel to feature perennially distressed pediatrician/coroner Sara Linton; her ultra-macho, guilt-ridden husband, Police Chief Jeffrey Tolliver; and self-destructive loose cannon detective Lena Adams is so dark at times one gets lost in the shadows, especially with the changing points of view and a shifting timeline. The audio begins with dirge-like music fading into Bean's anxiety-filled voice as she describes a drugged woman being driven to a desolate place to be burned alive. But even this does not quite prepare listeners for the grim events to come as Linton and Tolliver travel to rescue Adams from a trumped-up murder charge. Bean has a clear understanding of the material and its appeal to Slaughter's fans, moving unhesitatingly through multiple homicides, chopped limbs and detailed autopsies. She also provides the proper vocals for the author's large cast of characters, the females exhibiting the more natural-sounding good-old-girl accents, while the males seem a little gruffer than life. The vivid descriptions of the horrifying effects of crystal meth addiction, emotionally rendered by Bean, make the audio required listening for anyone tempted to sample the drug.