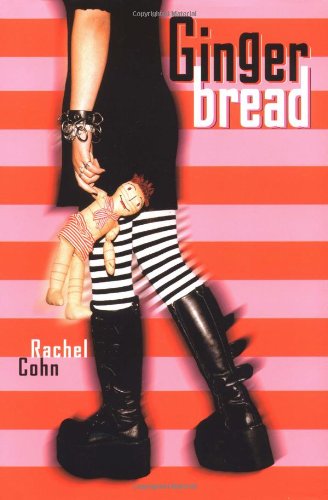 The 16-year-old "recovering hellion" (as her stepfather refers to her) who narrates Cohn's debut novel, breathes a into this story of her bicoastal family. Cyd Charisse (named for the dancer/actress), a wealthy and wild love child, begins her story after being booted out of boarding school. Nearly the first half of the novel is set in San Francisco, where she's having trouble settling back into life with a mother obsessed with weight and a perfect house, and a boyfriend, Shrimp, who suddenly wants his space. Her mother and stepdad agree to send her to her biological father in New York City, whom she's only met once (when he gave her Gingerbread, a still-treasured rag doll). Cohn creates a vivid sense of place and culture on both coasts and, although Cyd doesn't find the perfect family in either place, she is able to find a more mature version of herself. Plus, she learns to appreciate both sides of her family; she's even able to finally tell her mother about her secret abortion. Cohn covers a lot of ground, from prep school flashbacks to Cyd's discovery of the secrets on her father's side of the family. Some of the characters and plot points are more developed than others; for instance, Cyd's elderly hip and clairvoyant friend, Sugar Pie, and Shrimp may seem more vivid to readers than Cyd's younger West Coast half-siblings. In the end, it's Cyd's creativity and energy that keep the story on course, and her magnetic narrative will keep readers hooked. Ages 13-up.