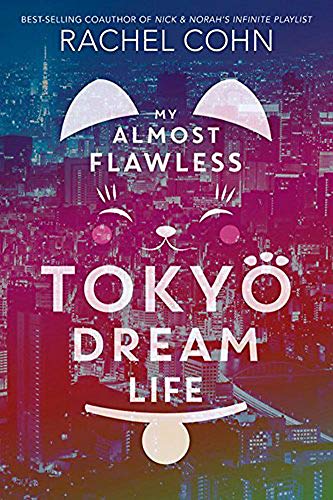 Elle Zoellner’s life changes drastically on her 16th birthday, when Uncle Masa, a family friend, arrives in Washington, D.C., to take her to Tokyo to live with her estranged biological father, Kenji Takahara, a Japanese hotel mogul. Elle welcomes the opportunity: she has bounced from one foster home to another since her addict mother went to jail three months before. But she has difficulty adjusting to Japanese customs, her aloof and formal father, the wealth that suddenly surrounds her, and the daily reminder that she is both hafu (“half Japanese, half something else”) and gaijin (a foreigner). When Elle begins attending an elite international school, she falls in with the “Ex-Brats,” the school’s coolest clique, and starts falling for a boy whom they’ve “frozen out.” At home, she barely sees her father, and things are tense with her paternal grandmother and aunt. Who is her family, really? Cohn (Kill All Happies) creates a relatable fish-out-of-water story with a lively heroine and a message about substance abuse, but the finale is rushed, and attempts to highlight cultural differences are often distilled to simplistic idiomatic misunderstandings (Masa, an educated and well-traveled character, calls Coke “dark sugar water”), keeping Elle’s family and experience from coming fully to life. Ages 14–up. Agent: Jennifer Rudolph Walsh, WME Entertainment. [em](Dec.) [/em]
close
Details