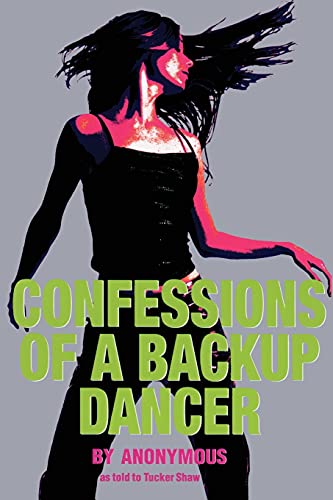 CONFESSIONS OF A BACKUP DANCER

The 17-year-old heroine of Shaw's ( ) rather flimsy novel primarily relays the story of her star-studded summer through "personal diary software," supplemented by e-mail and instant messages. Among her heroes is Darcy Barnes, whom she describes as "definitely the biggest pop star out there." Kelly is thrilled yet nervous when she lands a job as a backup dancer on Darcy's tour, during which she must contend with the mercurial pop diva, who declares Kelly her new best friend; the star's lecherous boyfriend, a high-profile VJ; and Darcy's controlling mother, who views Kelly as competition for her daughter and eventually fires the dancer. But readers sufficiently curious about the alleged behind-the-scenes life of a pop star to get caught up in the tale need not worry. After a stint dancing for Darcy's main teen idol competitor, Kelly rejoins Darcy's entourage. Though some kids will find the narrative grating, others will identify with Kelly's run-on teenspeak ("then she goes 'do you have a boyfriend?' and I go no. she looked at me for a minute and I got kinda nervous so I said, 'we just broke up last week,' which I totally made up just to fill the space"). The protagonist's affecting relationship with her younger brother, attending a correctional school after committing a felony, strikes a welcome realistic note to a novel that too often reads as an unsuccessful spoof. Ages 14-up.