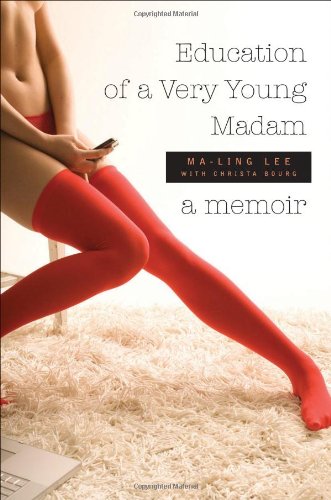 The Education of a Very Young Madam

In a businesslike, astute and self-empowering look at the sex business, New Jersey brothel owner Lee shares her hard-won secrets of success. A Korean orphan, born “in the mid-1970s,” Lee was adopted at age six (to the tune of $100,000, she later learned) by a wealthy Connecticut couple who soon divorced. Living with an unstable mother, Lee first ran away from home at age 13, living on and off at a state group home in Maine and ending her formal education at eighth grade. By 15, she was working at strip clubs, quickly learning the “pimp and ho game,” and drifting to Boston with a series of sugar daddies, some abusive and dealing drugs. With the backing of a smooth operator named Andre, for whom she worked as his “personal money manager” (she learned how $10,000 worth of $20 bills fit perfectly into a sandwich bag), she started up her first brothel on West 21st Street in Manhattan to great success, before the cops closed it after four months. But Lee was a natural entrepreneur and creative startups in Baltimore, Montreal and northern New Jersey led to lucrative ventures. She presents her career in remarkably transparent, direct terms, not above hiring thugs or criticizing harshly her own workers for allowing men to control them.