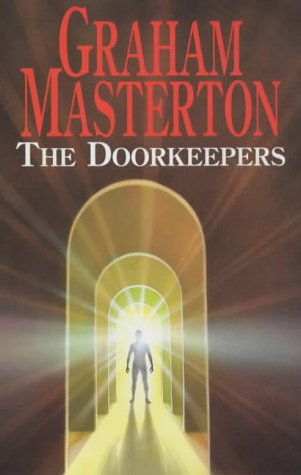 Occult rituals encoded in a nursery rhyme provide a passport to a topsy-turvy realm of terror in this lively but ragged weave of supernatural horror and alternate-world fantasy. While in London to identify the remains of his murdered expatriate sister, Julia, American Josh Winward notices peculiarities in her case, among them the fact that no one had seen her for nearly a year before her eviscerated corpse was found floating in the Thames. A fortuitous meeting with a mystic acquaintance of Julia's gives Josh and his lover, Nancy, the magic formula they need to travel into an alternate London where Julia was lured. This "other London"—accessible through hidden interdimensional doorways—is a pale reflection of our own, where Oliver Cromwell is the patron saint and religious zealots lie in wait for heretical "Purgatorials" like Josh, who wander in uninvited. Worse, it's home to Julia's murderous ex-employer, who is determined to snuff out Josh and Nancy before they can blow the whistle on him. Though Masterton () provides his usual interesting characters, they can only carry the animated plot so far, at which point he resorts to noticeable filler (Josh's accidental sojourn for several chapters in yet alternate London) and contrivances (Josh's psychological rapport with animals at the most coincidentally advantageous times). The novel has one of those improbable climaxes in which the helpless victim gets the upper hand on the unsuspecting villains, and enough loose ends to suggest that Masterton is planning a sequel.