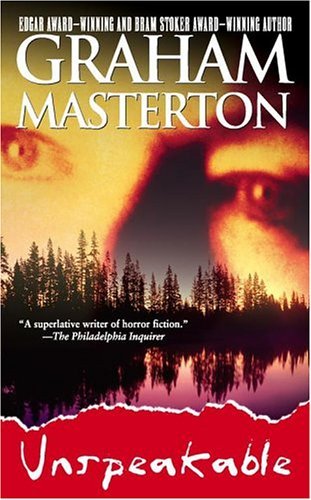 Masterton's all-too-real psychological thriller takes readers on a terrifying journey into the Portland, Ore., child welfare system, the mysterious world of Native American superstition and the thick web of deceit that friends can weave around one another. Holly Summers, a strong and attractive woman who happens to be deaf, is a talented lip-reader, which makes her a priceless asset to the Portland Police department. Holly moonlights by eavesdropping on suspected criminals' discussions and helping thwart trouble before it happens. But her unusual skills aren't enough to protect Holly in her daytime job as a child welfare officer after an angry and abusive father puts a Native American curse on her. Masterton ( , etc.) draws on the experiences of a real-life lip-reader whose work has led to many criminal convictions, and he also incorporates elements of his work with the Irish Society for the Prevention of Cruelty to Children. His graphic depictions of child abuse are both sickening and tragic, though his portrayal of Holly as a skilled conversationalist doesn't ring true. Unfortunately, this immensely readable novel builds to a conclusion so disappointing that it may incense some readers.