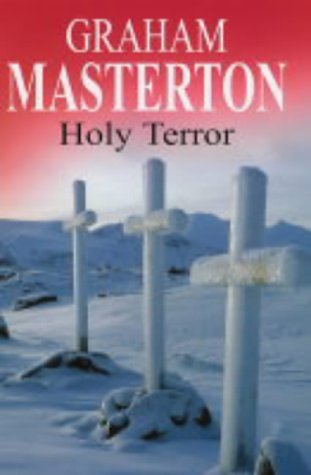 In British author Masterton's convoluted thriller, Conor O'Neil, a former NYPD cop who now serves as chief of security at a swanky Manhattan jewelry store, breaks up a robbery of his store's vault, only to discover the safe deposit boxes empty and himself the prime suspect in a massive heist. Investigating while on the run as a fugitive, O'Neil finds he's been the victim of a team of powerful hypnotists, and the subsequent robbery was a means to cover their tracks. As O'Neil delves deeper into the intricacies of hypnotic suggestion and attempts to clear his name, he unearths a bizarre extortion scheme designed to provide operating funds for the Rev. Dennis Evelyn Branch, a Christian fundamentalist terrorist bent on infecting the world with an incurable virus unless everyone on the planet converts to his brand of evangelical Protestantism. Despite a preposterous plot and several blatantly manipulative action scenes, Masterton remains a mesmerizing storyteller whose fascination with the fine points of human weakness and deft touch for the total gross-out keep the pages turning. The extensive descriptions of the mechanics of hypnotism are also fascinating in their own right.