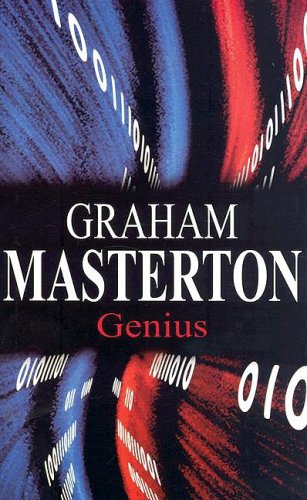 A thread of weird science adds color to this rough weave of techno-thrills and espionage from the prolific, genre-straddling Masterton ( ). After a teasing opening chapter filled with abduction and murder in California in 1942, the novel proper drops into modern times and introduces likable Micky Frasier, a dishwasher and aspiring musician in southern Florida, as he stops two thugs from kidnapping an old man outside a convenience store. Dr. Lügner, as the old man calls himself, turns out to be a polymath prodigy who has developed a genius-enhancing drug, Synaptine, a dose of which he gives Micky before skipping town with hit men in hot pursuit. While Micky contends with the marvels of his boosted brain, the story shifts its focus to John Huntley, a top-notch industrial investigator hired by a weapons manufacturer to track down a scientist who disappeared before explaining the secrets of MiGR8 ("migrate"), their revolutionary missile-guidance system. Masterton sidesteps several opportunities to give his tale psychological depth—as when Micky mourns the loss of his simpler, less intelligent life—and sticks to the superficialities of the thriller format: growling villains, idealistic heroes and bloody violence. Brisk action and a few surprising twists keep the novel diverting for its duration.