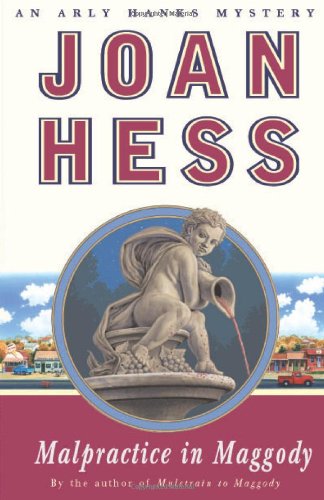 When an unknown buyer quickly and covertly renovates what was once the local old folks' home, many of the 775 inhabitants of Maggody, Ark., are more than curious in Hess's delightful 15th Arly Hanks mystery (after 2004's ). Rumors fly that the new Stonebridge Foundation, a posh rehabilitation center surrounded by a brick wall and protected by a Spanish-speaking guard and a mean dog, is a lunatic asylum. When a young woman is found drowned in a pond on the grounds, police chief Arly Hanks investigates with her customary aplomb and humor, aided by a less than supportive cast of helpers. Meanwhile, the quirky and lovable citizens of Maggody deal with matters in their own inimitable style. The addition of some far from perfect new characters helps keep this deservedly popular cozy series fresh.