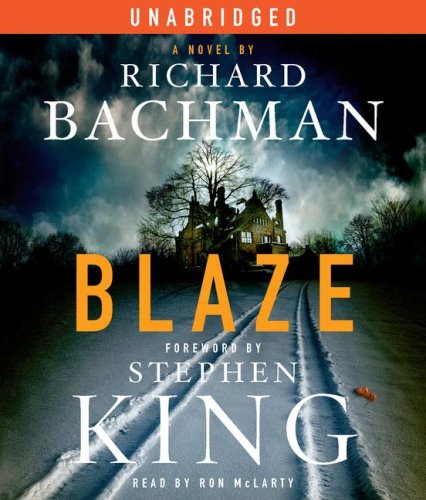 Clayton “Blaze” Blazedell Jr.'s chance for a normal life ended when his father repeatedly threw him down a flight of stairs. After finishing his adolescence in an orphanage, the large man with a striking dent in his forehead plays sidekick to George, a social deviant with a knack for cons. However, when George is killed, Blaze must come up with a con of his own. With George's ghost to guide him, Blaze just might pull it off. Stephen King's last novel under the pseudonym of Richard Bachman has all the classic markings of the auteur, but is marred even before it starts by King's introduction, where he almost apologizes for publishing the book. Having narrated several King books already, McLarty already knows the author's syntax. His raspy but gentle narration provides a familiar and comforting voice for King fans. His rasp lightens up when delivering the slow-witted Blaze, but then deepens for George's scratchy voice. His old-timer Maine accents also produce a smile, when not evoking mental images of grizzled old semitoothed men.