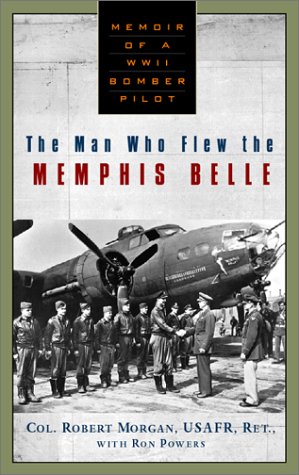 THE MAN WHO FLEW THE MEMPHIS BELLE: Memoir of a World War II Bomber Pilot

Obviously a brave man and an intriguing character, Morgan was glorified in a 1944 William Wyler documentary and was the subject of a somewhat less distinguished 1990 movie starring Matthew Modine. As commander of one of WWII's heavy B-17 bombers, the , Morgan led 25 missions over Europe. And Pulitzer Prize–winning journalist and bestselling author Powers () is a proven story-teller. The problem with this abridged audio version is that McLarty reads it in a pretentious, overly dramatic manner, evincing the tedium and tenacity of a boring but unshakable travel companion. So despite the colorful details—from Morgan's Depression-era childhood in Asheville, N.C., where his mother's best friend was a Vanderbilt, to his touching love affair with a flesh-and-blood Memphis belle named Margaret Polk, through his record-breaking daylight bombing missions in the Flying Fortress he named after her and on through the other wartime and peacetime activities that have filled his remarkable life—this tape, disappointingly, quickens one's irritation and fatigue rather than one's heart.