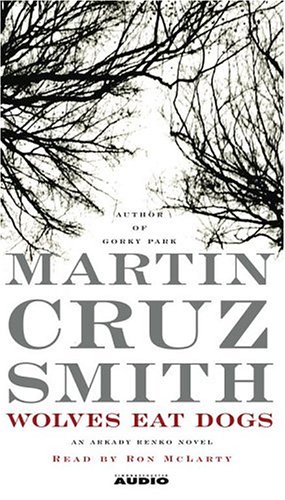 Tenacious Senior Investigator Arkady Renko is on another tough case, and this time even the air is dangerous. He is a man of few words and little nonsense, whose vulnerable heart and dogged temerity are his weaknesses. Smith's old-school Soviet detective, introduced in 1981's , isn't one to let a trail go cold. After being called off a suspicious suicide case, he is sent to the "Zone of Exclusion" (the site of the Chernobyl nuclear accident) to investigate a tangential case. The Zone, where Renko's dosimeter constantly ticks at the amount of deadly radiation that pollutes everything, is occupied by scientists, eccentrics and old folks who have crept back into the ghost towns to live outside society. McLarty's naturally husky voice is well suited to the surly-yet-soft Renko, and his straightforward reading is fittingly raw for a tale where a shroud of bleakness taints even love affairs. With a voice like a keyed-down Don La Fontaine (the ubiquitous voiceover artist famous for the line, "In a world beyond imagination..."), McLarty's hearty, slightly raspy bass strikes an appropriate tone for the dangerous netherworld of post-Soviet Russia. His subtle variances and accents are practically unnoticeable, which is as it should be.